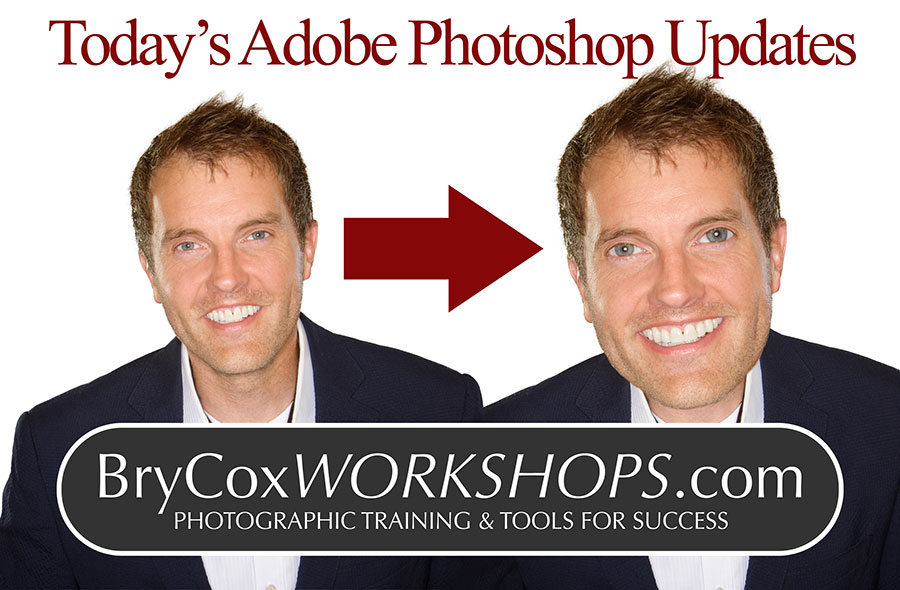 This morning Adobe is releasing a major update to Adobe Photoshop CC (called Photoshop CC 2015.5). It includes performance updates as well as more Adobe “magic.” Here’s a video to show you what’s coming in today’s update.

For the magic, Photoshop now has a new way of creating extractions using a new space called Selection and Masking Space with new tools and views for better removing subjects from a background.

There’s a new Content Aware Crop which will be very useful for scenes where the horizon needs to be straightened or sky needs to be added.

And there’s updates to text and glyph support including a new feature called “Match Font,” where Photoshop literally detects text and a font out of a photo (yeah, from flat pixels). Photoshop will then show you the nearest font installed on your system as well as other similar fonts you can install immediately from Adobe Type Kit that match the photo as close as possible.

And there’s also Face Aware Liquify, a liquify mode that detects facial features, and gives you specific sliders for eyes, mouth, face, etc. Move the sliders to change the face. I see this being very popular with commercial ads as well as social media fun. I also see this working for retouching when you might need to slim a woman’s nose or face quickly.

Plus new updates to Export As, Artboards, and Creative Cloud Libraries, and updates to Adobe Stock — particularly in stock you can now license and update stock images right from within Photoshop. No need to leave the app.

Also, performance updates include about a 65% faster improvement in download speed, faster font previews, faster file open time, brush and layer optimizations for more responsiveness, and faster content-aware operations. And the Oil Paint filter now works on older/lower-end GPUs. Plus there’s now a centralized location for 3rd party plugins so that future upgrades of Photoshop don’t also require you to re-install all of your plugins too.

To get the new update, go to your Creative Cloud window, click the gear icon, and choose “Check for App Updates.” Photoshop will be updated and if you have the full suite, you’ll see big updates for all of these apps as well: Illustrator, InDesign, Premiere Pro, After Effects, Audition, Muse, InCopy, Media Encoder.

You may need to update the app on your Mac’s dock as well, because this is a new full version with a new install. Just to go Applications, Adobe Photoshop CC 2015.5, and drag the new Photoshop to your Dock.

Here are a few videos from Adobe on these new features…