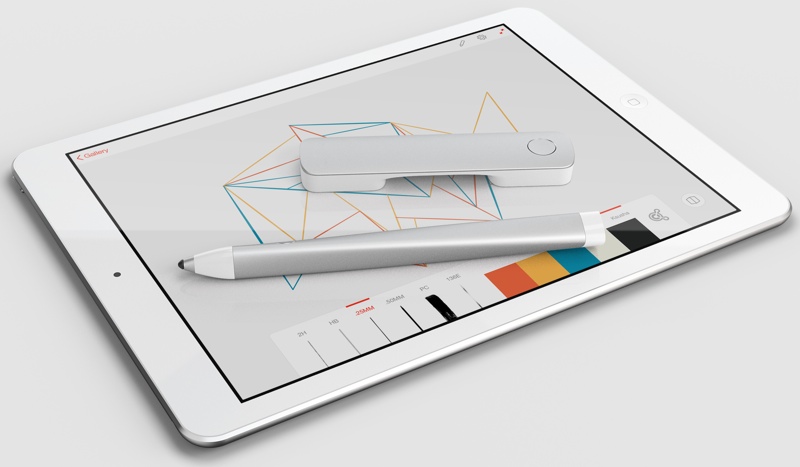 Today Adobe Announces the new versions of the 14 CC applications including Photoshop and Lightroom, plus 4 new mobile apps, some new smart hardware for iPads that allow painting and design, and pricing for photographers and other groups.

First let me address the idea of new versions. In the past, Adobe named things by versions, like CS53, CS6, and then CC. Today’s new applications will be completely new applications with new installs, and will be referred to as CC 2014. So if there is something you like in an older version of Photoshop, you can install the new version and keep all past versions of your Photoshop installed if you’d like. So you can have Photoshop CS6, CC and CC 2014 all installed on your machine — because CC 2014 is a completely new version. And the new Creative Cloud Application Manager will allow you to install and uninstall previous versions, all from one panel. 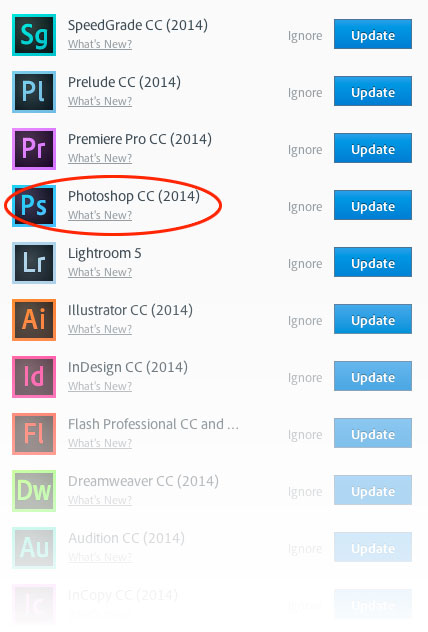 From the Adobe Press Release:

[quote]New capabilities in Photoshop CC for photographers such as, Blur Gallery motion effects for creating a sense of motion; Focus Mask that makes portrait shots with shallow depth of field stand out; new Content-Aware capabilities; and the recently introduced Perspective Warp for fluidly adjusting the perspective of a specific part of your image without affecting the surrounding area. Designers using Photoshop CC will enjoy enhanced Mercury Graphics Engine performance as well as the ability to link Smart Objects and share them across multiple documents. With improved Layer Comps, users save time by changing the visibility, position, or appearance of one layer and simply syncing to see the change reflected in all other Layers. Photoshop CC also has ability to pinch and zoom images, create smoother strokes, and deliver a more responsive experience on Windows 8 Touch devices, such as Microsoft Surface Pro 3.[/quote]

The $9.99/mo deal for photographers who only want Photoshop CC and Lightroom but not the entire suite, has been made permanent. It was a promo before, and offered 20 gigs of storage in the Creative Cloud, but now as a permanent price offering, it now comes with 2 gigs in the Cloud of storage space. If you purchased this during the earlier promo, you get to keep the 20 gigs from here on out. That online space helps with mobile syncing and editing, using Lightroom Mobile for iPad and now iPhone as of today.

Because so many people are using their mobile devices for creating content, Adobe has released “Ink” and “Slide,” two smart tools that connect to the cloud and connect mobile apps with cloud computing. This is a pen and ruler that work with 4 new mobile apps for the iPad that will utilize these smart hardware tools, including Photoshop Mix that interfaces with Photoshop on the desktop in order to do things that the computing power of tablets can’t do alone. And the “Ink” smart stylus will also work as a normal stylus with other non-Adobe apps. With the Adobe applications, these tools will give you more control, including pressure sensitivity, creating of straight lines and french curves, as well as history erase scrubbing (even months later), and many architectural images like brand-named chairs.

They connect to your Creative Cloud account via wifi to pull all of your preferences and data down from the cloud, while sending info up to utilize the computing power of the cloud.

The four new iPad apps will be free for download from the Apple App store from your device, but will work best with the new Adobe hardware, Ink and Slide. The new apps are Adobe Photoshop Mix, Adobe Sketch, Adobe Line, and Lightroom Mobile – all available today.

Photoshop Mix allows you to use Content-Aware tools and fast selection and masking tools right on your iPad, then save to a full .PSD file that can be opened and edited further on the desktop version of Photoshop.

Ink and Slide are available only in the US right now, and are for sale today from Adobe.com. More countries will be added soon.

Speed Grade and Direct Link have been updated, to allow Master clip editing, but Fast Tracking is a new thing for Premiere Pro, allowing auto tracking right in Premiere Pro.

New for other CC Apps

If you have the full suite of applications, you’ll see updates in all 14 of the desktop apps. One of my favorites is Adobe Muse which allows me to create very cool websites without dealing with the complexity of code. If you are a creative designer who needs to create fast and good looking website, you must check it out. It also received some great updates today.

For those who like to create applications and want to use the Adobe engines, Adobe is releasing a public SDK. More info here.

Items in Your Cart

Your cart is empty
Visit The Shop